“The Social Enterprise Solution” explores the ways for nonprofits to improve, be more effective, and have a greater impact on the world. Improving funding for nonprofits by incorporating business principles will lead to greater opportunities for change. This paper also addresses the history of nonprofits in order to explore the origins of the current model and how previous attempts to improve this model have failed. It will then aim to establish an appropriate model to address the current issues.

While other papers in the collection focus more heavily on social justice and international issues, this piece addresses ways to make campaigns for change in these areas more successful. Without funding and support, there will be no change, but, by exploring alternative solutions, there is a potential for greater social change and solutions to these global problems without giving people in positions of power the “power of the purse.” Such a model will reduce the power and influence of politicians and prevent them from manipulating the system in their favor.

While by no means a silver bullet, social entrepreneurship is a more sustainable alternative to underfunded nonprofit organizations that harnesses market forces to systematically reform social problems instead of temporarily alleviating their symptoms. Such a model gives beneficiaries the dignity to purchase (often at below market rates) whatever good or service would most improve their lives. 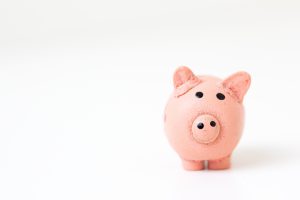 In the 1960s, using business as means for social good was a very prominent idea. GE and IBM operated urban centers for Johnson’s Job Corps. Employees of private firms helped to run hundreds of government, nonprofit organizations, and corporate charitable programs. In September 1967, 348 life insurance companies pledged to commit a billion dollars to mortgage financing of low-income housing and other investments to help the impoverished sections of America’s cities.” During Johnson’s Great Society Movement, Bobby Kennedy wanted to find other ways, besides government, to provide social services. This led to the development of Community Development Corporations (CDC). The goal of these organizations was to, “get the market to do what the bureaucracy cannot.”These movements ultimate evolved into what we now know as community development programs. “Out of many small local efforts—and the increasing support for them of government and philanthropies—grew a complex national community development system” (Von Hoffman, 2012).

Corporate social responsibility was booming. Johnson fed on this progressive business movement by establishing the Job Opportunities in Business Sector (JOBS) program. The goal of the program was to give jobs and training to low-income residents.  “Congress passed a sweeping new housing bill that created two powerful new low-income programs, one for rental apartments and the other for single-family home purchases. Both were to be carried out not by public housing authorities but rather by private sector builders and real estate agents” (Von Hoffman, 2012). The push for community development programs ultimately led to the rise of large foundations and smaller, local based nonprofits designed to aid the unique needs of that particular community. This is where the current model comes from. While it was particular successful in the 1960s and 1970s when nonprofits were focused primarily on community development and there was not such a large number of organizations competing for funding from these established foundations (Eisenberg, 1997).

What should nonprofits do to stay afloat? The first step is to be a sustainable organization in the sense that they should not be dependent of grants and donations. Using the power of the market, nonprofits can achieve a sustainable model and have a greater impact. In fact, many nonprofits are starting to move to become a social enterprise.  As Dees expressed, “the number of nonprofits are beginning to commercialize the core programs through which they accomplish their missions; that is, they are looking for ways to make these programs rely less on donations and grants and more on fees and contracts. Some are accepting contracts from government agencies, for instance, to run social service programs, schools, and job-training programs for welfare recipients. Others are performing fee-based work for corporations or are charging beneficiaries directly for services that used to be free” (Dees, 1998).

What does this mean for the future of the nonprofit?  In all likelihood, the non-profit will be replaced by social enterprises. Some experts argue there may be a problem if the social enterprise forgets its mission and emphasizes profits. Provided that nonprofits keep their mission and the top of their minds, there should not be an issue. Nonprofits must decide for themselves where they should fall on the social enterprise – nonprofit spectrum. In order to have true impact, the nonprofit sector must give to the social innovation sector. Nonprofits have chance to exceed their current level of impact. Business has the power to be used as a force for good. “In the end, commercial operations will not-and should not-drive out philanthropic initiatives. Many worthwhile objectives cannot effectively be pursued by relying on market mechanisms alone. In any case, people tend to get something out of giving that they cannot get out of market transactions. People want to make contributions to the common good, or to their vision of it. The challenge is to harness these social impulses and marry them to the best aspects of business practice in order to create a social sector that is as effective as it can be” (Dees, 1998).

Of course, making such a significant change in operations may be difficult for some organizations. However, it is important to consider the benefits. Nonprofits are generally pushed to utilize funding for their projects. Very little resources are allowed to be dedicated to administrative costs. As a result, employees often cannot reach their full potential. In the business world, the organization has the power to decide how to use their profits. Fewer special interest groups would be able to exert their influence through the power of the purse, which could result in less corruption. Resources can be used toward employee development, which would increase impact, and therefore productivity.  As Dees expressed, “Engineering a new culture is never easy or quick. Building internal expertise has to be a deliberate strategic process. It cannot be accomplished overnight”(Dees, 1998).

The process may be slow, and not all non-profits will disappear. However, more and more will slowly convert to achieving some element of market based profit to be reinvested into the organization. This has profound implications in taxes and law, which could cause even greater difficulty for organizations making the switch. The most important part is that when making the switch organizations should never forget their core values and mission. Profits are still not their main goal, they are a method to achieve a higher level of impact (Dees, 1998).

Von Hoffman, Alexander. “The past, present, and future of community development in the United States.” Monograph (2012).