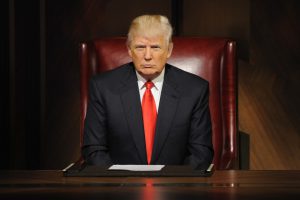 During the second presidential debate, Hillary Clinton repeated the accusation that Donald Trump’s rhetoric has been used as a recruitment tool for the Islamic State, or ISIS. Trump has previously denied this allegation, but proof emerged earlier this year (see evidence here and here) that the GOP presidential pick has, indeed, been featured in terrorist recruitment videos.

Trump’s Rise to the Spotlight

Trump notoriously speaks about terrorism in an Islamophobic and divisive manner, often attributing the problem of terrorism not to fringe radicals, but to the Islamic religion:

“I would bomb the shit out of them. I would just bomb those suckers and that’s right… Donald J. Trump is calling for a total and complete shut down of Muslims entering the United States…”

And while Trump’s rhetoric might excite his primary audience of the American voters, he does not seem to be considering the effects of his remarks on a secondary audience: Muslims overseas and in the States.  Indeed, worlds over, Trump’s words inspire a different, more important group: ISIS.

PR Boost of the Century

According to Foreign Affairs magazine, which conducted interviews with ISIS supporters and recent defectors,

“Trump’s anti-Muslim rhetoric plays into ISIS’ narrative of a bipolar world in which the West is at war with Islam.  ISIS hopes that Trump will radicalize Muslims in the United States and Europe.”

ISIS’ stated goal is to “eliminate the grey zone,” or the peaceful coexistence of Muslims and non-Muslims throughout the world. To achieve this goal, ISIS must substantiate its claims that the West fundamentally hates Islam.

Validating that narrative is not difficult when a leading contender for United States president advocates for taking out Muslims’ families and spying on Muslims in mosques. Trump’s secondary audience (ISIS) can use his words in ways he never intended.

The Importance of Audiences

A Trump presidency, sure to be filled with more vitriolic rhetoric, would make it easier for ISIS to justify its anti-American, Anti-West narrative. And while at least some of the American electorate is happy to cheer at the mention of torturing terrorists, Trump should consider the effect of his words on his secondary audiences.