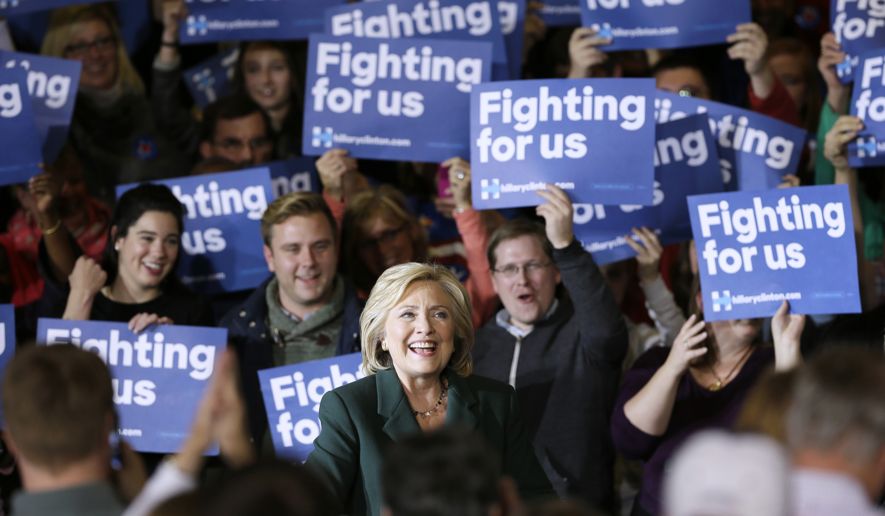 What does ‘middle-class’ mean in America? For a term so widely used, it is almost impossible to define and measure. Is it a measure of income or wealth? Is it living paycheck to paycheck or is it material comfort and economic security?

However, these statistics suggest the middle-class is shrinking, with the rich getting richer and the poor getting poorer. Middle-class families are part of a demographic shift and families are experiencing new struggles as a result of income inequality. As the demographic landscape continues to shift and diversify, how will our presidential nominees define their message to ‘middle-class’ voters?

Voters tend to categorize issues by subject matter. For example, middle-class voters can categorize their key voting issues into three groups: workplace relations, personal issues, and family issues, including their safety. Regarding policies, this may translate into immigration reform, national security, tax cuts, healthcare reform, or paid family leave. Both Donald Trump and Hillary Clinton have targeted middle-class voters by appealing to these three categories.

Donald Trump has branded himself as a candidate for the white, particularly male middle-class voter. He capitalizes on the fear of white middle and working class voters who feel disempowered by the growing racial makeup of the United States. By doing so, his strongest rhetoric with voters is with workplace relations. Donald Trump attracts voters by advocating a revamp, or tear-down of a globalized, multicultural system and ‘America first.’ Trump has structured his entire campaign on the prospect that he will ‘Make America Great Again,’ an appeal which promises to restore America back to a time where minority groups were silenced, and the white middle class was strong.

Hillary Clinton, on the other hand, has taken a different approach and is targeting family issues as her main appeal to middle-class voters. Her latest ad, titled Measure, promotes Clinton’s policies designed to help children and families. The positive ad shows young kids measuring their growth on a wall, playing sports, and interacting with friends and family at home and school.

Clinton asks, “How do we measure greatness in America? The height of our skyscrapers? The size of our bank accounts? No. It’s measured by what we do for our children.”

The ad highlights Clinton’s educational policies, which advocates adequate and accessible schools and debt-free college. Clinton states, “It will be my mission to build a country where our children can rise as high as their dreams and hard work take them.” The Measures ad is just an example of Clinton’s appeal to family issues for middle-class families. Hillary Clinton frames her rhetoric to be positive and family-centered, suggesting that instead of defining success on small, materialistic scales, we should define success through our children.