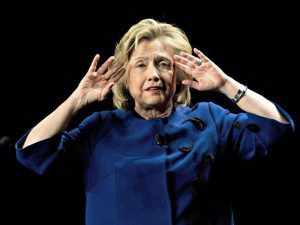 Well, apparently losing the election was not enough for the Clinton Camp according to the people over at WikiLeaks. Today, they released 300 more emails from Podesta, in what is now the 36th leak to come out. It seems to be more of the same things coming out at this point; early information, evidence of political doublespeak, and political strategizing. This batch came with some information from the Obama campaign as well, as Podesta worked with him back in 2008.

What does releasing these emails still really accomplish though? Of course, the WikiLeaks side of things is to give information to the public that they deserve. For Trump, this is fuel for his early fire. If you remember back during the first debate, Trump was saying he’d release his taxes when Clinton released all her emails. Video linked here

This isn’t the end of it for his side though. The Washington Post reported earlier that he still might be pursuing a legal track of prosecuting her after he is sworn into office. If you’ll remember, as the article explains as well, he said during a previous debate that he planned to appoint a special prosecutor to try her. Apparently the Republican side in general though is saying that this would probably be a bad idea, but his supporters were frequently seen at rallies shouting “Lock her up!” so I guess we’ll just have to wait and see. 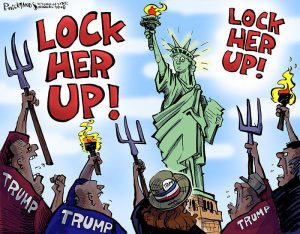 All that these emails are doing at this point though are throwing her further under the bus after a loss and giving Trump and his supporters more tools to make their case against her.