What Will Be Discussed During Wednesday’s Debate?

Based upon the rhetoric surrounding the recent death of Judge Scalia and Donald Trumps latest release of potential Supreme Court appointees, the topic of Supreme Court Judges will be a heated discussion during Wednesday’s debate between Donald Trump and Hillary Clinton. It could be argued that based upon previous debates, both candidates will likely prove to have partisan views on the matter at hand and allow their opinions to overwhelm the logistics of the debate.

In the previous few months, Trump has spoken heavily regarding the values of Supreme Court appointees in which he stands with. In particular, he has made remarks that coincide with a strict interpretation of the Constitution. For example, on July 21st he stated, “At this moment, I would like to thank the evangelical community who have been so good to me and so supportive. You have so much to contribute to our politics, yet our laws prevent you from speaking your minds from your own pulpits…An amendment, pushed by Lyndon Johnson, many years ago, threatens religious institutions with a loss of their tax-exempt status if they openly advocate their political views. I am going to work very hard to repeal that language and protect free speech for all Americans (Life News).” By applying this statement to other social issues, it is clear that Donald Trump’s argument will focus on challenging the liberal point of view. He will adhere a pro-life platform, religious freedom in politics, and a lesser separation of church and state with the goal of encouraging the pulpit to openly preach pro-life values to followers. However, he will likely focus on generalized terms of his discussion, because his rhetoric does not match up with his policy based upon his claims that he cares about women and their rights, meanwhile he is revoking their constitutional freedoms. Instead, he will mainly focus the specifics of the explicit 11 appointees he has openly chosen. 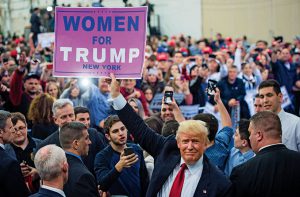 Recently, Hillary Clinton has also made remarks about her opinion on the values of Supreme Court appointees stating, “I want to appoint Supreme Court justices who understand the way the world really works, who have real-life experience, who have not just been in a big law firm and maybe clerked for a judge and then gotten on the bench, but maybe they tried more cases (Huffington Post).” Clinton is likely looking for a candidate who reflects the diversity of the United States, rather than choosing a white male politician. It has been argued that this statement is a nod to Sonia Sotomayor, an Ivy League-educated Puerto Rican woman from the Bronx who started out as a district attorney in NY before becoming a federal trial judge. Clinton will probably speak of more specific terms related to social justice such as pro-choice, religious freedom, separation of church and state, and precisely the diversity of the American people not only pertaining to race but to religion, age, and socioeconomic statuses. Clinton will try to defend the current laws set in place for LGBTQ persons, women’s rights, and softer immigration laws. 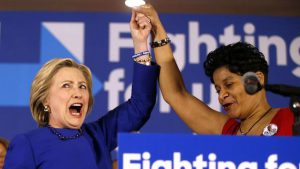 Rhetoric of the Debate

Since it is presumable that Trump and Clinton will be perpetuating the partisan attitudes which is the basis on which presidents have historically appointed supreme court justices. The goal has always been to choose judges, which coincides with their own political agenda. Since this election has been so intensely polarized, especially during political debates, Trump and Clinton will probably speak to each other in an aggressive manner in order to prove their interpretation of the constitution correct. In summation, the views of the 2016 candidates for President of the United States will only further the Democratic and Republican objectives in order to appoint justices which reflect party views.