Status of the Female Vote
At this point in the election, polls show that out of 100 women, 61 are voting for Clinton and 28 for Trump, as shown in this video. Statisticians have gone so far as to make bold statements like “If Trump loses the election, it will be because women voted against him.” At the beginning of this election, we anticipated a gender gap, but nowhere near this size. Fivethirtyeight.com shows a compilation of the gender split from all national polls so far in October, only reinforcing what the media is presenting…and the numbers aren’t looking good for Trump. 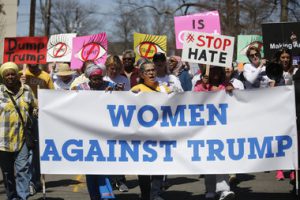 It’s no secret that Trump needs to target women in order to boost his chances of winning this election. But, due to the message he is sending, it seems as though he’s misunderstanding his audience. In his apology over the 2005 mic-tape release, he says things like “if anyone was offended” and called the whole scenario a “distraction”, discounting the severity of his comments. Rather than addressing that women need a sincere apology or explanation, he has turned to either dismissing his actions or focusing his attention on the actions of Bill and Hillary Clinton. If he is truly interested in gaining the female vote, the way he handled the situation, including his response to the numerous women who have come out and spoken against him, would reflect those intentions. His responses would have been more intentional, emotional, and specifically target toward women.

What Does this Mean? 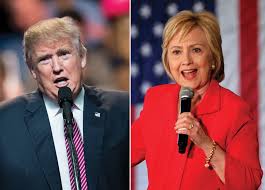 For Trumps final month of the election, this means a few things. First, sites such as this one must exist to help support his effort. In past elections with smaller gender gaps, a site specifically devoted to gaining more female votes would not have been necessary. Second, Trump will have to stop blaming the issue on a media bias. He must realize that he’s not giving his audience what they want and change his strategy. Without the female vote, it’s highly unlikely that Trump will win the election.