Yesterday, the United States of America elected its 45th president. After a historic election filled with mudslinging, negativity and record low disapproval ratings, Donald J. Trump emerged victorious. Women were predicted to be the deciding vote in this election, but data collected from last night shows that Hillary Clinton’s rhetoric did not have quite the impact on this demographic that she was hoping for. Instead of shattering the glass ceiling, she realized the polarizing effect her campaign rhetoric actually had on women voters, sending many over to Trump’s camp.

Despite her loss, she still made sure to address women in her concession speech. She thanked the women that had supported her saying that nothing made her prouder “than being their champion.” She also addressed young girls, empowering them to live in the confidence that they are “deserving of every chance and opportunity in the world to pursue and achieve your dreams.” Her tone of the entire was much more approachable than it had been during any part of the campaign. Donald Trump’s acceptance speech was also much softer spoken than any previous speech he had given. Now that the election is over, it is interesting to look at the shifts in the campaign.

This battle began with the argument of one candidate being unstable and one candidate being untrustworthy. Surrogates like Michelle Obama shifted that argument to being good vs. evil. Finally, the campaign rhetoric created two groups, the deplorables and the nasty women, as Ana Navarro would say, who hashed it out in the polls. Both of these rhetorically created groups were depending on women, but in the end, Trump’s campaign for change to pulled enough women to his side despite the misogynist language he used. 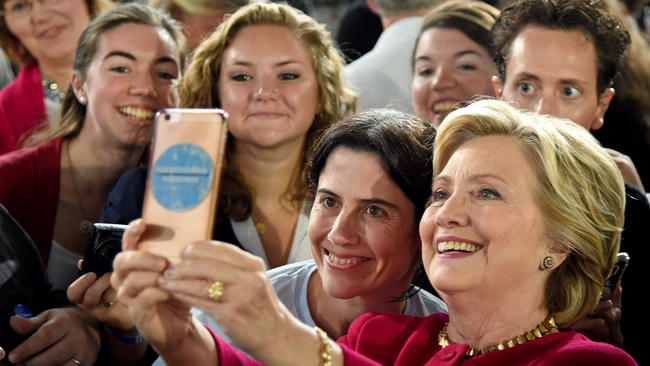 Ana Navarro said today on The View that the U.S. has stepped through the looking glass to enter Wonderland, and that we are now sitting across from Alice herself. I’d have to agree with her. This election has been nothing short of crazy, and the response from women voters has ranged from celebration to heartbreak. I think the media’s involvement in this election combined with the gloom and doom rhetoric of the campaign has resulted in a frenzied electorate of women voters. I think that the group will become more polarized in the future as a result of the divisive language in this campaign. However, I also think that the rhetoric could result in a major feminist movement similar to the one Susan B. Anthony led many years ago. The women of America are strong willed and powerful, always fighting for what they believe in, and regardless of political affiliation, I think that this election has spurred them on to keep fighting for the future they want in America.