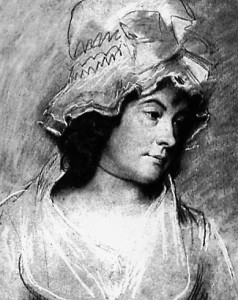 Charlotte Smith, Sonnet I (46), Sonnet XII. Written on the Sea Shore. — October, 1784, “On being cautioned against walking on an headland overlooking the sea, because it was frequented by a lunatic” (48) 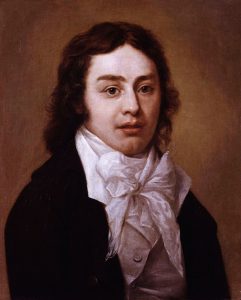 Coleridge’s definition of the Poet:

“The poet, described in ideal perfection, brings the whole soul of man into activity, with the subordination of its faculties to each other, according to their relative worth and dignity.  He diffuses a tone and spirit of unity that blends and (as it were) fuses, each into each, by that synthetic and magical powers to which we have exclusively appropriated the name of imagination.  This power, first put in action by the will and understanding and retained under their irremissive, though gentle and unnoticed control reveals itself in the balance or reconciliation of opposite or discordant qualities:  of sameness, with difference; of the general, with the concrete; the idea, with the image, the individual, with the representative…and while it blends and harmonizes the natural and the artificial, still subordinates art to nature; the manner to the matter; and our admiration of the poet to our sympathy with the poetry” (Oxford Collected Works 319)

How would you characterize Coleridge’s poetic style and technique? In other words, what consistencies did you notice across the three poems read for today. Discuss one commonality across all three poems. Support your assertion with direct evidence from the poems. 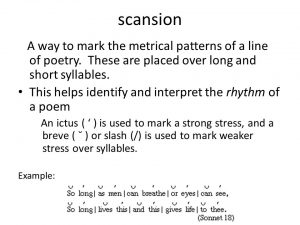 “a poem is a discourse that is characterized by a heightened attention to language, form, and rhythm, by an expressiveness that works through figurative rather than literal modes, and by a capacity to stimulate our imagination and arouse our feelings” (1225)

How to Analyze Poetry  and The Metrical Foot

A nineteenth-century painting of Tintern Abbey

Verse forms of the Romantic Era

Gustav Dore, Illustrations of “Rime of the Ancient Mariner,” 1876

In-Class Writing Assignment: How does Coleridge distinguish his poetry and philosophy of poetry from Wordsworth’s? Support your assertions with direct evidence from at least one poem and one piece of prose in your response. 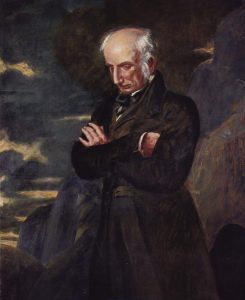 A sample poetry report: this is pretty much an ideal example of a well-done poetry report. If I were to quibble with anything, it would be that I would have like to see one or two direct quotes supporting the proposed paper topic. I did give it full credit because the idea was otherwise very well developed.