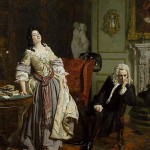 Introduction to the Eighteenth Century (xxxiii-lxix)

*If you do not yet have your anthology, you will be able to find multiple copies of Pope and Wheatley’s poetry on the shelves of the main library. You can also find “Essay on Man,” Epistle 1 on the internet, although not “The Design.” Wheatley’s poem is also available.*

Reread: Wheatley poem assigned on 1/8 and Johnson’s writing assigned on 1/10. While reading look for examples of rhetorical questions and rhetorical devices. What beliefs are shared by the writers and where do they diverge in their thinking and forms of expression?

Outline of “The Vanity of Human Wishes”

In-Class Writing:  What beliefs are shared by the Pope, Wheatley, and Johnson and where do they diverge in their thinking and forms of expression? Your focus should be on Wheatley and Johnson. 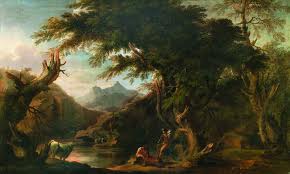 Wednesday, January 17th  / NO SCHOOL DUE TO WINTER

Please come to class with a short written assignment: I’d like you to write down 2-5 qualities the writers read for today associate with

2. the “sublime” (i.e. readings from BABL B and attached account of The Sublime and the Beautiful )

Burke, from A Philosophical Enquiry into the Origin of Our Ideas of the Sublime and the Beautiful (BABL B 235-240)

Kant, from Observations on Feeling of the Sublime and the Beautiful (BABL B 240-242)

The Sublime and the Beautiful (Please print, read, and bring to class)

Houses: Longleat House and Images; Harewood House and images (You do not need to print this up.)

Horace Walpole, ALL OF The Castle of Otranto (BABL 18thC: link to Broadview site; you will need a passcode to access the material).  I expect you to fully PRINT OUT this short tale and bring it into class with you.

The following work was found in the library of an ancient Catholic family in the north of England. It was printed in Naples, in the black letter, in the year 1529. How much sooner it was written does not appear. The principal incidents are such as were believed in the darkest age of Christianity; but the language and conduct have nothing that savours of barbarism. The style is purest Italian. If the story was written near the time when it is supposed to have happened, it must have been between 1095, the era of the first crusade, and 1243, the date of the last, or not long afterwards.

[The Castle of Otranto] was an attempt to blend the two kinds of romance, the ancient and the modern. In the former all was imagination and improbability: in the latter, nature is always intended to be, and sometimes has been, copied with success. Invention has not been wanting; but the great resources of fancy have been dammed up, by a strict adherence to common life. But if, in the latter species, Nature has cramped imagination, she did but take her revenge, having been totally excluded from old romances.

Desirous of leaving the powers of fancy at liberty to expatiate through the boundless realms of invention, and thence of creating more interesting situations, [the author] wished to conduct the mortal agents in his drama according to the rules of probability; in short, to make them think, speak, and act, as it might be supposed mere men and women would do in extraordinary positions. 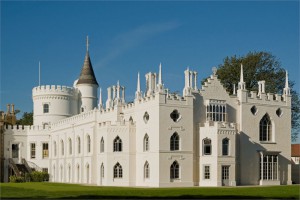 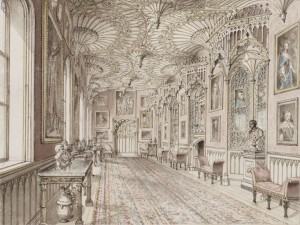 The Gallery at Strawberry HIll

that he wants to achieve? ( Does he draw upon an aesthetic of the beautiful as well? In order to receive full credit, you must cite at least one specific example from the text with pagination.

Continue discussion of Walpole and Collins. Reread the “Ode to Fear” and the description of Lyric Poetry

Introduction to Romanticism (BABL B 1-30)

Selections from Women and Society: Contexts, William Blackstone, from Commentaries on the Laws of England (BABL B 115-117)

William Godwin, from Enquiry Concerning Political Justice <Godwin_RevControversy>.
READ ONLY sections on Justice and Obedience  (155-158); Revolutions and Political Associations (160-163); Dissolution of Government and the Appendix on Marriage (166-169)

Mary Wollstonecraft, READ ONLY from the Introduction to  A Vindication of the Rights of Woman (BABL B 87-90), and pages 90-95 of Chapter 2 (ending with the last full paragraph, which concludes “. . . appears less wild.”

-“It is time to effect a revolution in female manners — time to restore to them their lost dignity — and make them, as a part of the human species, labor by reforming themselves to reform the world” (Chapter III)

Smith, Sonnet 1 (“The partial Muse, has from my earliest hours”)  and Sonnet 70 (“On being cautioned against walking on an headland overlooking the sea”) (BABL B 44 and 46)

Be prepared for a very short closed book quiz: you will be asked to give a definition of a lyric poem and then distinguish between: a personal lyric, a sonnet, and an ode