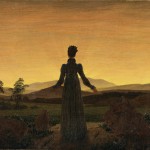 For Class Discussion: Responses to Jane Eyre at the time of publication

Bildungsroman: “A novel that recounts the development (psychological and sometimes spiritual) of an individual from childhood or adolescence to maturity, to the point at which point the protagonist recognizes his or her place and role in the world” (The Bedford Glossary of Critical and Literary Terms 39)
Autobiography: “A narrative account typically written by an individual that purports to depict his or her life and character [and] written for a public audience” (The Bedford Glossary of Critical and Literary Terms 33-34)
Direct Address: When the narrator of a novel addresses the narratee outside of the text, most commonly in nineteenth-century literature as “Reader.” Direct Address is also an example of “public narration”
Public narration: Narration implicitly or explicitly addressed to a narratee external to the text (i.e. throughout Moll Flanders and Jane Eyre )
Private narration: Discourse addressed to a narratee within the textual world ( i.e. Darcy’s letter to Elizabeth in Pride and Prejudice; Rochester’s extensive description of his love affair with Celine Varens) 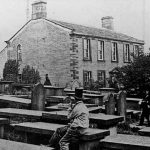 I’d like you to do a close reading of a single scene from Volume II. You may choose either a scene that you think is particularly important in terms of narrative voice OR one that you fell develops a key plot line (i.e. the “romance plot,” the “suspense/horror plot,” or the “education” bildungsroman plot). Your close reading of the scene should both explore its individual complexity and connect it to the novel as a whole.

Bildungsroman [is] a German term signifying “novel of formation” or “novel of education.” The subject of these novels is the development of the protagonist’s mind and character, in the passage from childhood through varied experiences – and often through a spiritual crisis – into maturity, which usually involves recognition of one’s identity and role in the world” (Abrams 193)

Künstleroman (“artist-novel”), “which represents the growth of the novelist or other artist from childhood into the sate of maturity that signalizes the recognition of the protagonist’s artistic destiny and mastery of an artistic craft” (Abrams 193)

Terms for today: figural consciousness, quoted monologue, narrated monologue (which is the same as free indirect discourse), and psycho-narration

Question in regards to literary criticism: do you position your own argument in relation to Kaplan, who argues that readers “compel and coerce” Jane’s story? Or Sternlieb, who insists that Jane “cons” and manipulates the reader?

Writing Prompt: In a letter to Selma Vaz Dias, Jean Rhys writes: “I’ve read and re-read ‘Jane Eyre’ of course, and I am sure that the character must be ‘built up’. . . For me (and for you I hope) she must be right on stage. She must be at least plausible with a past . . . (Wide Sargasso Sea 136). In what ways does Rhys place her West Indian heiress “on stage”? In your response, please note how the “plausible past” given to Antoinette in the novel both diverges from Jane Eyre and yet resonates with it (i.e. how is Antoinette like Jane, for example).

Mary Lou Emery argues that Jean Rhys’s texts reflect her “plural and often conflicting identities as West Indian writer, European modernist, and woman writer at the closing of the era of empire, and the ways in which she occupied the spaces in between such identities” (161). Identify a scene (or set of connected scenes) in Wide Sargasso Sea that you feel reflects this “three-fold” identity described by Emery. Feel free to bring in support from the other critical excerpts read for class today if you’d like. 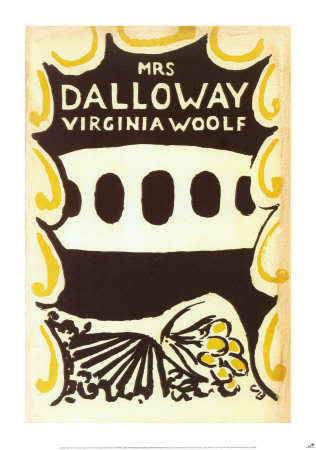 Schedule for November and December