Wordsworth,  “Resolution and Independence”, “Elegiac Stanzas,” “Ode: Intimations on Immortality,” and “I wandered lonely as a cloud,” “The Ruined Cottage,” and The Two-Part Prelude

Dorothy Wordsworth, Selections from Broadview: from The Grasmere Journal, “Grasmere — A Fragment,” and “Thoughts on My Sick-Bed” 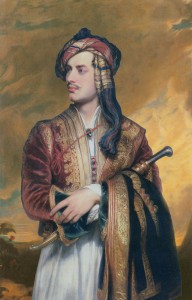 Byron, Selections from Childe Harold’s Pilgrimage, Cantos I and II

Byron and the Novel: excerpt from Jane Austen’s Persuasion and another from Anthony Trollope’s The Eustace Diamonds

There are extensive critical materials posted on the Broadview website but you’ll need the passcode from the Broadview Online Edition to access them: <http://sites.broadviewpress.com/frankenstein/>

Percy Bysshe Shelley, “To Wordsworth,” “Mont Blanc,” “Ode to the West Wind” and selections from A Defense of Poetry in Broadview

Mary Shelley’s Introduction to the 1831 edition (Broadview, Appendix I)

Galia Benziman,  “Challenging the Biological: The Fantasy of Male Birth as a Nineteenth-Century Narrative of Ethical Failure,” Women’s Studies 35 (2006): 375-395.  [Do not read highlighted sections.]

What is Romanticism? 2011: Jake Syersak

Percy Bysshe Shelley, “England in 1819” and “Julian and Maddalo” (when this pdf was made in the office, the first four pages cut off the bottom of the poem; those four “bad” pages are still in the pdf but a new “good” version fixes the problems)

What is Romanticism? 2012: Renee Buesking