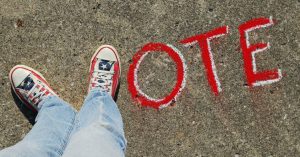 The Case in Arizona

The Supreme Court recently confirmed that Arizona must enforce its ban on the collection of early voting ballots by campaigners which means that ‘ballot harvesting’ will be illegal up until Tuesday’s election. The law was originally not in tact, but as of November 5th, the ban will be in tact.

The law was approved earlier this year by the Republican-controlled legislature amid claims that allowing anyone to deliver anyone else’s ballot creates an opportunity for fraud (Arizona Capital Times).

“Critics, mostly Republicans, call the practice “ballot harvesting” and say it invites voter fraud. Republican lawmakers tried to halt it by passing a state law that made it a felony to turn in someone else’s ballot, with an exception for relatives, caregivers and roommates (KJZZ Radio).“ Since ballot harvesting primarily concerns those who cannot physically get out to vote, Republicans believe that these voters are primarily minority and underprivileged households, whose votes would not be overwhelmingly in their favor, hence why they want to make it illegal. Republicans used fear in order to persuade people that ballot harvesting invites voter fraud, that ballot collections do nothing but allow those who are not supposed to vote the allowance to vote.

“Democrats sued, saying ballot collection is key way to get out the vote, especially from minority households. They argued the law violated the Voting Rights Act (KJZZ Radio).” Democrats believe that ballot collection is a key way to get their own supporters votes, as many are often minorities so it would clearly support their votes. Their rhetoric ensues that all people are allowed to vote and results in a more welcoming and open-minded view of voting in our country, as they dismiss voter intimidation.

With the election approaching in a few short days, it is important to consider what laws are being put forth and to whom they will benefit. The overturning of this law occurred in a matter of one day and is important because voting laws should not be altered with this little time before the election. Manipulation of voter laws this late in the election could influence party support.