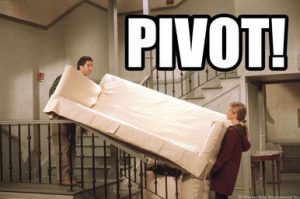 Oftentimes in political campaign communication, a candidate will use a pivot strategy to diffuse situations that reflect poorly on them. This communicative strategy is most often seen in debates when a candidate will avoid a topic they do not wish to talk about by pivoting the conversation to a topic they want to speak on. Hillary Clinton and her campaign used a similar strategy in an initial response to WikiLeak exposing thousands more emails from the Clinton staff.

According to a CNN article, the Clinton campaign responded to the issue by deflecting:

“It is absolutely disgraceful that the Trump campaign is cheering on a release today engineered by Vladimir Putin to interfere in this election, and this comes after Donald Trump encouraged more espionage over the summer and continued to deny the hack even happened at Sunday’s debate,” said Clinton spokesman Glen Caplin. “The timing shows you that even Putin knows Trump had a bad weekend and a bad debate.”

Instead of addressing any of the issues that came out in the emails, the response immediately attacks the opposing campaign. By using deflection as a rhetorical tactic, they attempt to shift the focus off Hillary’s emails by claiming that foreign nations should not play a role in our election and blaming Trump for encouraging Russia’s involvement. Although it is clear this pivot will not successfully work for everyone, it does provide a narrative for Hillary supporters to adopt. This response seems most effective as an immediate response, as opposed to later on, because it puts out a different controversy for voters to digest and gives the campaign time to gather all of the information needed to make further statements addressing the issue (likely at tomorrow’s debate).

Another important communication tactic employed through this response is the use of surrogates. Surrogate speakers are important during all stages of an election. There are certain things that candidates cannot outright say themselves, and I believe this response falls into that category. In order for an attack response to be most effective, it must come from a supporter of the candidate instead of straight from the candidate. This response is an example of a very appropriate and effective way to utilize a candidate’s surrogates.

Overall, the initial rhetoric used by the Clinton campaign fits with the current mood of this election. At this point the election seems to be a lot of mudslinging from both sides, therefore, in this case the response is more effective than usual.