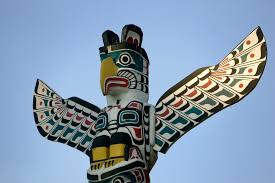 The process of procuring traditional food for meals must consider aspects like how local meats should be slaughtered at a state facility or how shell eggs do not have to be pasteurized in some of the schools or school districts.

There were also schools that had traditional ingredients being grown on their school grounds in community gardens. This is vital because students who grow their own vegetables are more likely to try them. It was also helpful to foster among students, an interest in wanting to grow and eat the foods of their ancestors.  Some schools used curricula to help students learn the language and cuisine of their ancestors.

Traditional foods are versatile and even allow for food substitutes. For example, one can cater to a vegetarian by substituting beans for meat in the protein category. Another example used bison or venison in meals like chili or burgers, instead of beef. Another substitute could be using fish for protein.  Interestingly, smaller nutritional foods are used to enhance flavors, such as acorns or juniper berries.

The webinar also presented the importance of studying the traditional foods in school lunches and working with schools and communities to build a greater sense of community.  For example, in some areas, fishermen regularly donate one day’s catch to the school which provides enough fish for the school to have a regular salmon day when schoolchildren can invite the families, promoting family involvement in healthy eating practices.  In this way, families not only get to enjoy a nutritious meal but something that’s good for the soul as well.